1. Make the vowel before it say its name

Observe the sound of vowel ‘a’ in the word cake. It is not same as vowel ‘a’ phonic sound in cat or mat. In the word ‘cake’ we are saying vowel ‘a’ name.  It is because of silent e in the end.

Silent letter e make the vowel before it say its name.

2.Change the sound of c and g 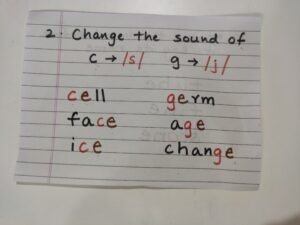 3. Keep u and v from being the last letter in any word

In general any word in English do not end with either u or v. there =fore you will see silent letter e after letter u or v in many words. 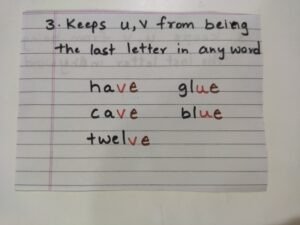 4. To show word is not plural

In general we add s to make a word plural in English. But it does not mean every word that ends with letter s is plural. Consider the word house. The letter e has no sound here. And without silent letter e the sound of the word hous would not change. To show hous is not plural silent letter e is added in the end house.

Exceptions are high frequency words as has was and other double ss words pass, mass etc. 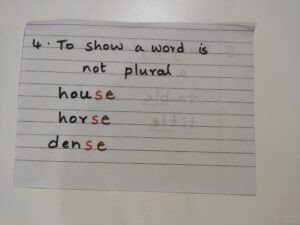 5. Every syllable has a vowel

A syllable is single unit of sound.

Each syable a=has a vowel. So many time silent letter e is added to a syllable where there is not vowel. 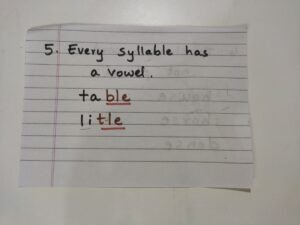